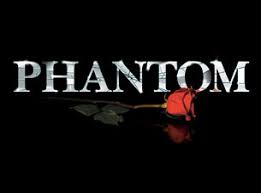 It wasn’t quite your usual opening night in Cape Town of one of the most famous Broadway musicals, yet what happened was still entertaining and amusing, despite not exactly seeing the nights performance. Being students, we couldn’t afford more than the cheap, cheap seats (the one’s so close to the front we were sitting quite snuggly with the orchestra). We’d heard all the risky comments about opening night, but I doubt anyone would suspect a story as ridiculous as the freshly painted floors not having dried in time for the performance, being a risk for the actors and dancers, and due to which the show “would not go on” (as they tend to say in showbiz) that evening.

My mouth was as wide as yours might be right now. But its true. While the director could have sent us home and reimbursed our tickets (which we booked some 5 months previously), the audience was treated to the full performance, just without the acting and dancing (and we’d still get our tickets exchanged for a later date!). Sounds strange; but the whole allure of Phantom is of course the music. So we were happy to sit and watch them perform as best they could from their rows of seats on the stage.

There was a good atmosphere despite the situation. We were quite giggly, ourselves, laughing at the sounds of their shoes on the sticky paint (see, we were so close we could hear it!). Even the cast were able to make light of the situation, when something fell from the ceiling of the stage one of the leads didn’t care to hide his laughter (thankfully it wasn’t mid-song) while a chorus member piped a joke that fitted in with the storyline we could follow from the music alone.

Even without the entire production involving acting, dialogue, dance and set design we were still wowed by what was in front of us. The set was so beautiful, one can only imagine how wonderful different scenes would look as actors made full use of the stage. The score was so mesmerising it kept the audience in the theatre for over 2hrs, just listening to them sing. Tonight’s audience may not have seen the entire performance, but the standing ovation was not one out of pity, but of pure admiration for what was seen in light of the given situation.

Well, it sure was memorable!

Was anyone else there tonight? Have similar theatre stories? Or just love Phantom? Let us know in the comments below.

There was an error retrieving images from Instagram. An attempt will be remade in a few minutes.