“Facebook asks what we thinking. Twitter asks what we doing. Foursquares asks where we are. The internet has turned into a crazy girlfriend”

I found this online recently (interestingly as someones Facebook status) and found it amusing, albeit a little bit true. We are all connected to a number of social mediums and networks, personally for me those include Facebook, Twitter and BBM. All of these as the quote says above, asks you a question: where you are/what you’re doing/thinking etc. My question is, when we are connected to so many different networks – what makes us decide what to put as our “status” on each of these mediums, as opposed to any of the others?

Personally, I can’t stand it when people upload the same status or update on different mediums, which is what I’ve realised a lot of companies/brands/businesses do on their Twitter/Facebook pages. Yet for them I kind of understand the reasoning that all their fans or consumers may not be on every network, so for them it is all about reaching your audience.

BBM is a small elite social circle. I only allow into it the people that I actually communicate with somewhat regularly. I dont update my status on BBM particularly often, but its often more like a short statement as opposed to Facebook or Twitter where I have more characters at my disposal. Basically, BBM is for my real friends.

Twitter and Facebook are different yet the same. I am still unable to understand myself even why I put which status on either social network. I have very few friends who actually use Twitter, and a good handful of my followers are randoms, whereas on Facebook I have a good 500+ “friends”. The difference on Facebook is that people actually see my status, so I try not to update it too often and be annoying or write about rubbish. On Twitter I dont have even a quarter as many followers as I have “Facebook Friends”, but I somehow enjoy the microblog element and updating the sometimes mundane or quirky things that happen in my day – even if theres no-one who’s really going to read them.

Conversely, I have friends who I hardly see on Facebook because they constantly update their BBM status, or others that prefer Twitter ti facebook. Its just interesting to see who finds their niche on which platform. When something happens to you that is “status worthy”, on which platform do you update them?

The last couple of weeks we have been working on a flash banner/adwords campaign for a product/service of our choice. I struggled a bit at first and then came up with making mine for the new South African airline Velvet Sky.

Its always difficult learning to use a brand new program, especially an Adobe one! So this was no easy path. Yes when you put in the hours, you kind of succeed (:

My banner is very simple and features an aeroplane flying across a blue sky with some (if I may say so myself,) cute little clouds. Then then text comes up with the details and the site address. It is meant to link to the website, and it worked on campus but I’m having some problems at home – so I’m not entirely sure if it links at all. Cant work out how to embed it to here, so you all miht have to be waiting until then… but keep your eyes peeled!

In other news: my website is coming along really nicely. After the hard work of the initial layout the next thing was just the portfolio page as in what to actually include. I’ve basically finished that page so now is all the easy stuff left like a contact and about me page. So from here on out, its just smooth sailing 🙂 Cant wait to share the full website link with you all next week 😀

For the past week the media and internet has been ablaze with the death of Osama Bin Laden. How did you find out about this?

When I wake up in the morning, the first thing I do is reach over for my phone and check facebook. Next comes twitter, and then BBM. Lets consider this my “morning routine”. Naturally, the first thing I saw all over facebook that Sunday morning was statuses about Bin Laden with links to news articles and the same thing all over twitter.

My parents were away that weekend and I was wondering whether I should tell them or if they would undoubtedly find out via some other media form.

At around lunchtime, my mom messaged me to ask if I’d heard the news.

This got me thinking about some of the ways we consume news these days. I wondered how my parents had heard; if they’d read the newspaper or seen it online like I have. Turns out they heard on the radio. My initial instinct was that they had read in the newspaper, and then I felt a bit ashamed that as a media student I do not remember when I last even looked at or considered reading the newspaper. In class we have spoken about how news consumption has changed and how people are increasingly getting their information off facebook (as opposed to news sites) and its something I just found particularly interesting when it finally happened to me on a grand scale.

How many of you still rely on reading the newspaper to gather information? Or do you wait for it to magically appear on your facebook or twitter feeds? What do you think about the future of print media?

This might be a strange statement to make for the world to see, but it is just something I have recently realised: how amazing mobisites are. For those who do not know what a mobisite is, it is a website which has been especially optimised to be viewed on a cellphone. 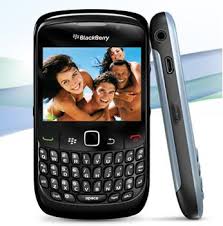 In this day and age (especially in South Africa), people are spending more time surfing the internet on their phones. In my personal case, my blackberry. There have been only too many occasions when I have clicked on a link to a seemingly interesting article someone has shared on facebook or twitter, and I sit and wait…and wait… and wait and wait and wait for the entire page to load on my little screen…until I eventually give up and return to the evils of social networking.

I had kind of gotten used to this, clicking on a shared link was a gamble as it might load and I will read it, but it was just as likely that it wouldnt and I’d give up. Until more recently more and more (news sites particularly) loaded mobisites.

The page loads quickly. The text fits the size of my screen so I don’t have to scroll all the way across, and all the way back again. I had learned in class of the benefits of these sites, but now I have finally grown an appreciation for them.

If only more websites adapted their sites for this ever growing internet-accessing-medium.

(I am proud to add that WordPress is one such site, and my blog and its posts are mobile-friendly for you to read at your leisure and on the go :))

There was an error retrieving images from Instagram. An attempt will be remade in a few minutes.